Laureates for the International Pioneer of Hand Surgery Award in Finland

International Federation of Societies for Surgery of the Hand (IFSSH) has credited renowned hand surgeons every three years since 1986. This award is the world’s most high ranked acknowledgement a hand surgeon can receive from his or her life work as a hand surgeon. Throughout the years those who have received this recognition in Finland are Drs. Kauko Vainio (1986), Kauko Solonen (1992), Henry Brummer (1995), Martti Vastamäki (2016) and Simo Vilkki (2016). 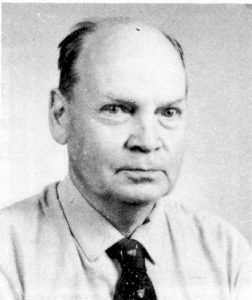 He was the first Finn to receive the award in 1986 in Tokyo together with other international giants ( i.a. Joseph Boyes, Paul Brand, Marc Iselin, Johan Landsmeer, Bill Littler, Erik Moberg, Graham Stack, Sidney Sunderland, Raoul Tubiana and Claude Verdan). Kauko Vainio was born in Sääminki in 1913, received his M.D. in 1939 and worked as a military surgeon during the WWII. He spent the year 1949 as a scholar at the Anderson Orthopaedic Hospital in Arlington, Washington. In 1952 he graduated as an orthopaedic surgeon from the Invalid Foundation Orthopaedic Hospital, Helsinki. Then he moved working to the newly founded Heinola Hospital for Rheumatoid Arthritis Surgery. His commitment to the systematic development of the rheumatoid arthritis surgery for the lower limbs and later for the upper limbs made the hospital world-renowned. During his first 12 years at the hospital he performed about 3000 rheumatoid arthritis surgical operations (Bull Rheum Dis. 1964; 15:360). Vainio became an internationally recognized rheumatoid surgeon and visitors came to Heinola from all over the world to learn about his techniques. In 1970 Kauko Vainio was granted the honorary title Professor. He is the first Honorary Member of the Finnish Society for Surgery of the Hand. He was also a skilled ornithologist and botanist. Kauko Vainio retired in 1975 and passed away in 1989.

Kauko Solonen was born in 1921 at Kortesjärvi in the region of Southern Ostrobothnia. He completed his M.D. in 1948 and made his doctoral thesis in 1957 on the diseases of the SI joint. He developed his professional skills by visiting several orthopedic and hand surgical clinics in Europe and USA. Important mentors for him were Leonard J. Goldner, Emmanuel B. Kaplan and Hanno Millesi. Inspired by his paragons Sterling Bunnell and William Littler he always added to his operative notes several informative and detailed drawings. Kauko Solonen deserves his epithet as a Father of Finnish hand surgery. In 1963 he started dedicated hand surgery in Töölö Trauma Hospital, Helsinki, as a deputy senior surgeon in orthopedics and as a leading doctor for the first Finnish hand surgery department. In the years 1967-69 Solonen was the surgeon in chief the Central Hospital of Kotka, developing hand surgery over there, and after that continued his work at the Invalid Foundation Hospital. There he worked until his retirement in 1984, last years being the medical director. In 1976 Solonen was the initiator and founding member of the Finnish Society for Surgery of the Hand. He was the one who started microsurgical activity in our country (peripheral nerve surgery) and did the first toe-to-finger transplants (1978) and vascular bone grafts. Kauko Solonen educated all the hand surgeons in our country until his retirement. The honorary title Professor was awarded Solonen in 1982. For his life work he received the Pioneer of Hand Surgery award by IFSSH in 1992 in Paris. 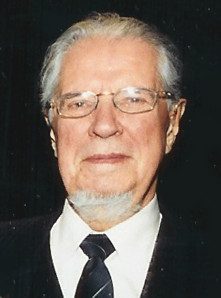 Henry Brummer was born in 1923 in Helsinki and received his M.D. in 1952. For the first 15 years of his career he worked at the Red Cross Hospital in Helsinki, nowadays known as Töölö Hospital. He became orthopedic surgeon in 1964. In 1967 he was invited to the Invalid Foundation Hospital to establish a department for hand surgery. He continued working at this hospital for 20 years right until his retirement. He was most appreciated by his colleagues and patients not only for his dexterity but also as a person and a professional. Thanks to Brummer’s initiative, the novel operations to improve hand function in tetraplegic patients were started in Finland already in early 1970’s. This type of surgery started in cooperation with Professor Erik Moberg , the most important developer in this field, who visited several times as a guest instructor at the Invalid Foundation Hospital. Henry Brummer’s other favourite topic was rehabilitation which he realized being of utmost importance for recovery after hand surgical operations. He is the one of the founding members of the Finnish Society for Surgery of the Hand. In 1995 Brummer received the Pioneer of Hand Surgery award in the IFSSH meeting in Finland. In the same year he was appointed Honorary Member of the Finnish Society for Surgery of the Hand. After his retirement in 1986 Dr.Brummer continued his career in private practice both in the office and in the operating room. Since 1987 Brummer worked as a hand surgeon even at the Tilkka Central Military Hospital. Sailing was Henry Brummer’s favourite hobby. He passed away in Helsinki in 2007.

Martti Vastamäki was born in 1943 in Helsinki, received his M.D. in 1969 and did his doctoral thesis on the rotator cuff injuries in 1983. Martti Vastamäki has worked as a hand and shoulder surgeon at the Invalid Foundation Hospital, nowadays known as the Orton Hospital, from 1975 to 2010. Martti Vastamäki apprenticed to Dr. Kauko Solonen and Dr. Henry Brummer during his specialty training for hand surgery. Since 1986 Mr. Vastamäki led the Orton Hospital Hand Surgery Unit. He participated in the foundation of not only the Finnish Society for Surgery of the Hand but also in the foundation of the Finnish Shoulder Society and the Finnish Music and Medicine Association. Vastamäki has worked actively to develop the Finnish hand surgical training program. He has served on numerous international professional and other positions of trust ( i.a. 20 years as an IFSSH council member, 5 years as a president for the Scandinavian Society for Surgery of the Hand, president for the IFSSH congress in Helsinki 1995 and for the ICSS congress in Helsinki 1995) and has been a lecturer. He has done a significant amount of scientific work in the fields of hand surgery and music & medicine. He has been the editor of several textbooks, his latest contribution was to be the chief editor for the 1st and 2nd editions for the Finnish languaged hand surgery textbook. Martti Vastamäki’s favourite hobbies are temperance work, competitive poker, choral singing and boating. The IFSSH Pioneer of Hand Surgery award was granted him in 2016 in Buenos Aires. Vastamäki retired 2010 from the Orton Hospital, but still continues being an active hand surgery consultant and practitioner. He serves as a senior scholar for the Orton Hospital research unit, i.a. being a thesis advisor. 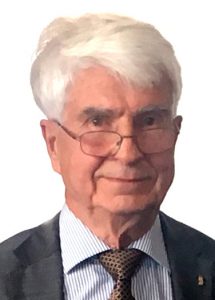 Simo Vilkki was born in 1943 in Turku. He received his M.D. in 1967 and did his doctoral thesis in 1983 on replantation surgery. In the 1970’s Vilkki did his specialty training in hand surgery under the guidance of Dr. Kauko Solonen and Dr. Henry Brummer at the Invalid Foundation Hospital. After having moved to Tampere to become a clinical instructor in surgery Simo Vilkki did the first replantation of the thumb and a microvascular free transplant already in 1977. After this Vilkki broadened his microsurgical expertise in Louisville in the USA, Shanghai in China and in several hand surgical clinics in Japan. After his return to Finland Vikki implemented organized microsurgical 24/7 on call duty in Tampere as a first center in Finland. With his leadership the Tampere University Hospital became the leading hand and microsurgery unit with visitors from all around the world. Dr. Vilkki commenced replantation surgery also in Linköping, Sweden, during 1982-1983 when he worked there as a head of hand surgery department. In 1995-1996 hand surgery in Töölö Hospital ( part of Helsinki University Hospital) was reformed into its present form when Vilkki worked there as a chief of hand surgery department. After that he led the hand and microsurgery unit in Tampere University Hospital until his retirement in 2011. Simo Vilkki has invented and developed numerous microsurgical reconstructive methods for posttraumatic prehensile reconstruction and congenital hand anomalies. He is a founding member of the Finnish Society for the Surgery of the hand a developer of the Finnish hand surgery specializing program. Internationally Simo Vilkki has been recognized and he has lectured in many international meetings and visited several micro- and hand surgical units around the world. He has also given a renowned Faltin lecture in the Finnish Society of Surgery annual meeting in 2001 with the topic on the development of hand and microsurgery. Dr. Vilkki was granted the honorary title Professor in 2004. The IFSSH Pioneer of Hand Surgery title was awarded him in 2016 in Buenos Aires.

Iconic One Theme | Powered by Wordpress